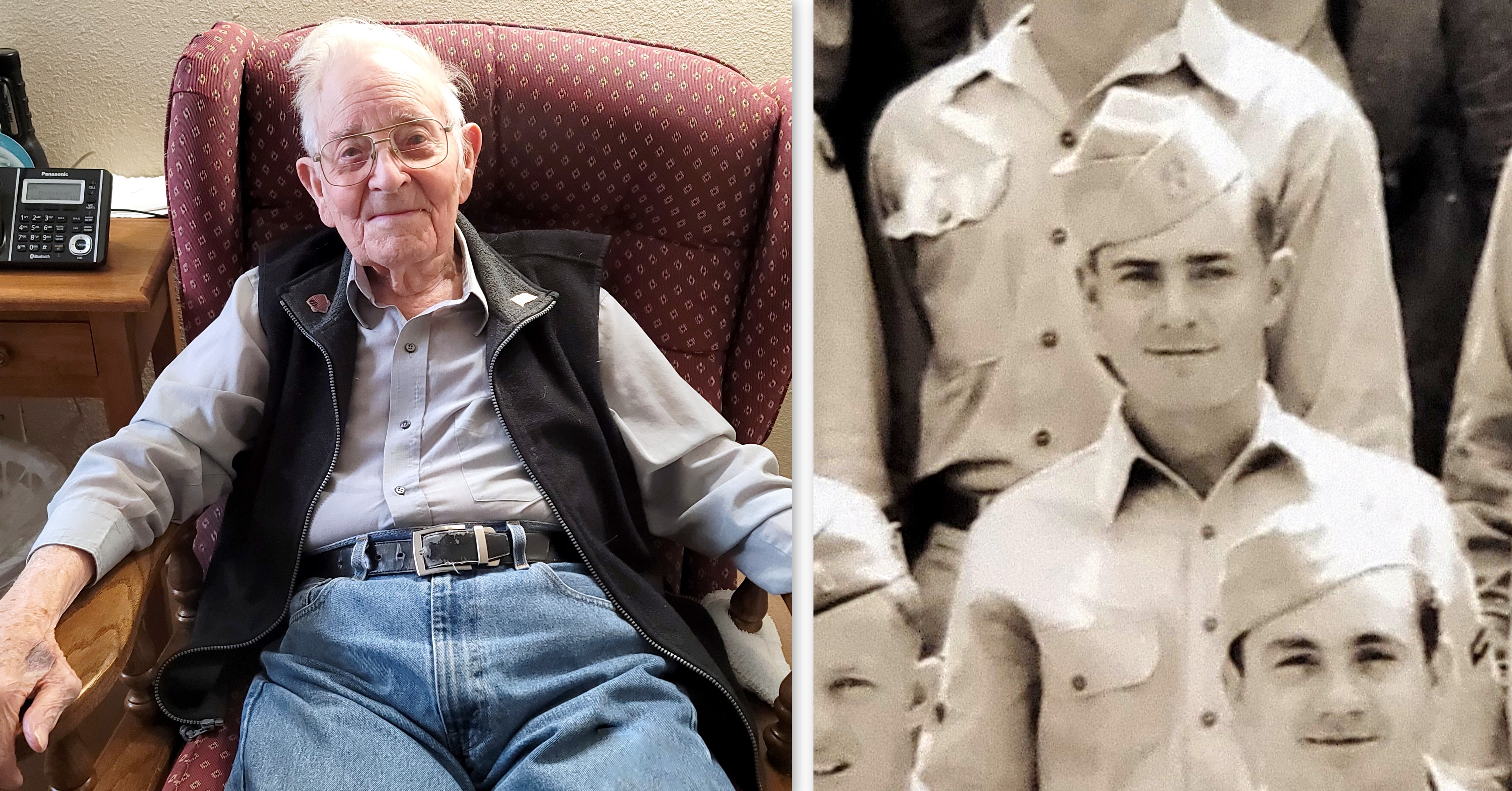 Raymond Newby served as a private in the 345th Infantry, Ammunition and Pioneer (A&P) 87th Division, also known as the “Golden Acorn.”

The Kansas farm boy from Labette and Montgomery counties arrived in Europe during a critical moment during World War II.

The 87th trained in England before landing in France in December 1944. The division took immediate action, retaking territory in France before becoming involved in the Battle of the Bulge, a hugely consequential and ultimately failed German military offensive. It was the dead of winter, and Raymond remembers the temperatures dropping to 10-15 degrees below freezing.

Raymond’s division went on to fight in Luxembourg and Germany, mostly on the offensive. He was still in Germany on VE Day on May 8, 1945.

The 87th returned to the U.S. a few weeks later, expecting to be deployed to the Pacific Theater. However, Japan surrendered while the division was still regrouping in Georgia.

Raymond keeps several mementos of his military service in a shadow box in his apartment in Presbyterian Manor’s assisted living neighborhood. One is a metal “testament” his mother gave him, inscribed with the words, “May this keep you from harm.” She instructed Raymond to keep it in his shirt pocket to protect his heart, both literally and figuratively.

To his mother’s great relief, Raymond made it safely though his harrowing European tour without having to use his pocket Bible as a shield.

Posted on
by
filled under
Residents
Veterans
« Back to Blog