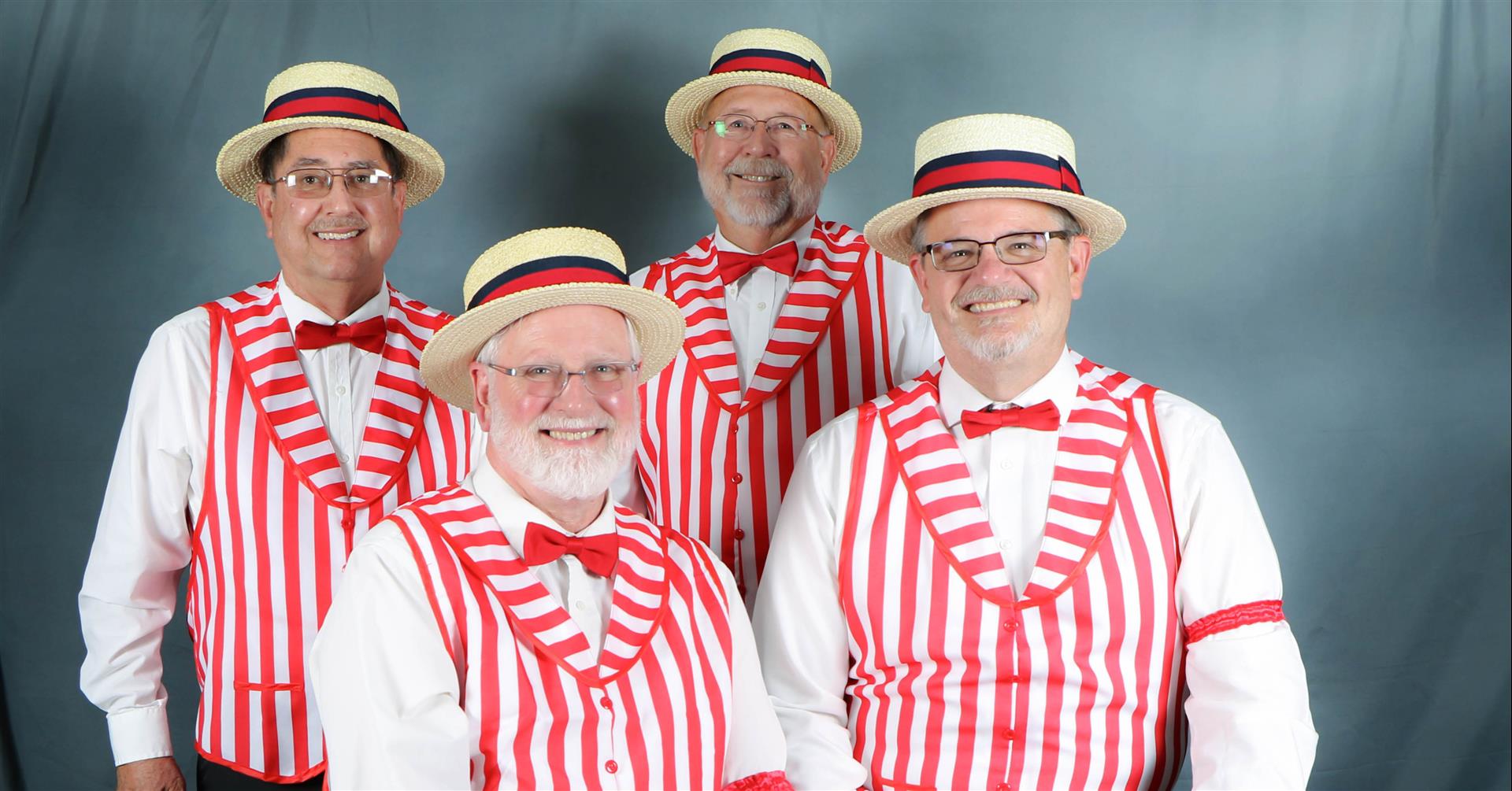 Dean Cramer always wanted to sing in a barbershop quartet. He realized his dream when he took the baritone part for the Labette County Crooners.

“I’ve wanted to do this for the last 50 years, but didn’t have the resources or knowledge to try it,” he said.

The quartet has become a regular fixture at Parsons Presbyterian Manor. Most recently, the Crooners volunteered to sing for residents during a Valentine’s Day event. They have also performed for volunteer recognition lunches.

Dean said their latest concert was well received by the residents, many of whom said they enjoyed the performance and hoped the quartet would return.

“We like to be a bit silly, and hopefully we make people laugh,” Dean said. “I think we’re doing okay. Nobody’s told us that we shouldn’t come back or thrown leftover food at us.”

One of their best received numbers is “Where Are You Tonight?,” popularized by the TV show Hee Haw. Currently, the group is working on a couple of new tunes, including “The Kazoo Concerto,” which includes a kazoo break.

All told, the Labette County Crooners have added 50-60 songs to their repertoire since they began rehearsing together more than two years ago.

Tenor Joe Burke assembled the group. He retired from Labette Community College in December as its vice president of academic affairs, but began his career as a music educator. Keith Maloney is a real estate agent and takes the baritone part. The lead is Marlan Hoffman, co-owner of Forbes-Hoffman Funeral Homes. He sang in the original Labette County Crooners more than 20 years ago. Dean was a project engineer before his retirement last year.

The Crooners have performed at local churches, the Kitchen Pass Restaurant & Bar and the Katy Days Festival. They’re always looking for new places to sing.

They have also produced three CDs, which they “peddle” for a suggested donation of $10.

“We’re just having a blast with it, Dean said. “It’s a treat for us to get to sing, and we have fun at ‘Presby’ Manor.”

Posted on
by
Cindy PMMA
filled under
Volunteers
« Back to Blog