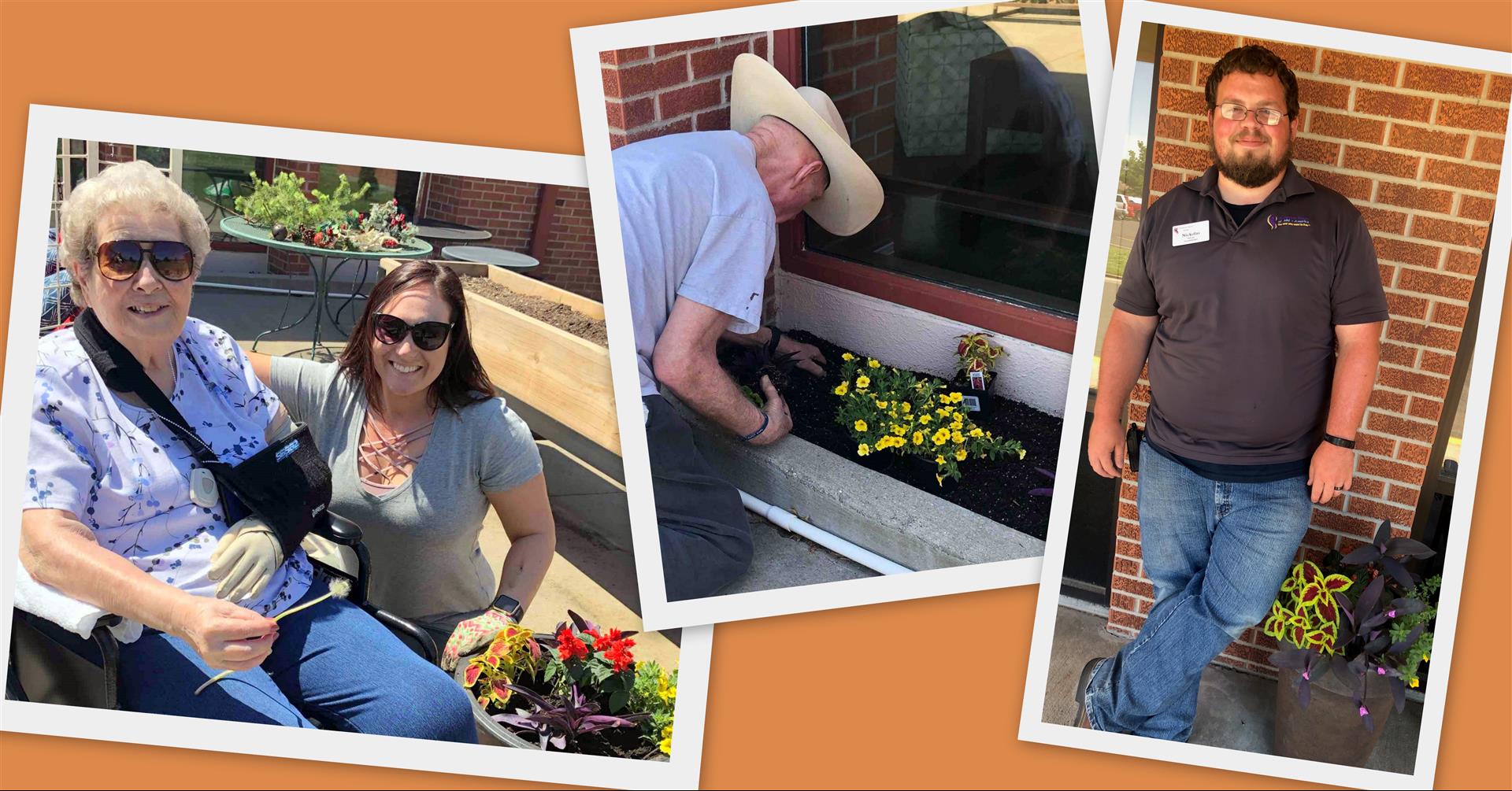 Groundskeeper willing to go the extra mile for staff, residents

Nickolas Delcour (above, right) has only worked at Parsons Presbyterian Manor for about six months, but he already has a reputation for excellence.

“He’s a newer employee who goes above and beyond,” said Sloan Dwyer, marketing director.

On most days, unless it’s raining, you’ll find Nickolas mowing, tending to plants or repairing anything that’s not working outdoors. Those duties are part of his role as groundskeeper in the Environmental Services department, but he also lends a hand wherever or whenever it’s needed.

“I just try to do anything I can to help,” Nickolas said. “If anything maintenance-wise needs attention, I’ll come in and help fix it.”

He doesn’t consider it a chore, because he likes helping others. He also likes working outdoors, meeting new people and learning new skills. That’s all fulfilled through working at Presbyterian Manor.

Residents often help him water and plant flowers. They also give him useful advice.

“Some of them know more about plants and flowers, so they can tell me how to trim the flowers,” he said. “You can learn a lot from them. It’s fun.”

Nickolas helps other employees, but they do the same for him. That’s how it works at Parsons Presbyterian Manor.

“They help you out, and you help them out,” he said. “If I’m behind, I can ask for their help and vice versa.”

PHOTOS: Executive Director Maegen Pegues poses with Della McGuire by one of the newly planted flower pots. Terry Hayden planted flowers in the planters along the exterior wall of the building for residents and guests to enjoy. Nickolas Delcour has only worked at Parsons Presbyterian Manor for about six months, but he already has a reputation for excellence.

Posted on
by
Cindy PMMA
filled under
Employees
« Back to Blog