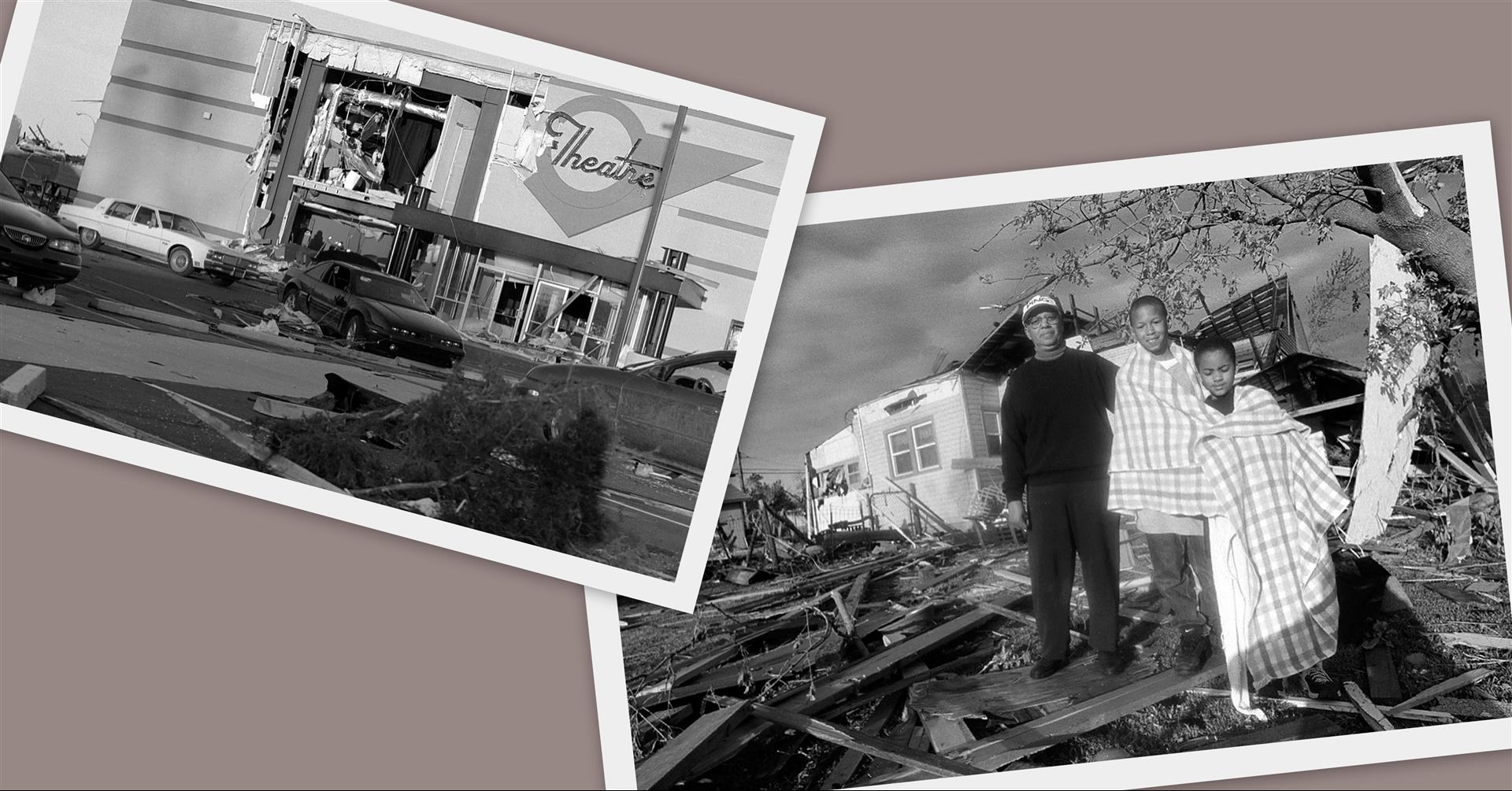 I Remember Where I Was When...

When major events take place, especially those that are tragic or dangerous, we often recall exactly where we were when it happened. Nearly 20 years ago, on April 19, 2000, a tornado struck Parsons, Kan. Residents and staff share their memories of this day.

Shannon Brown, medical records director – “I was at my mom's temporarily, and we then went to the old karate building because it had a basement. However, my mom refused to leave her house, so she got under her house! The truck the rest of the family drove to the place got demolished, so after it was over, we did have to walk back to mom's, hoping she was ok. She was!”

Nicohle Bushnell, administrative assistant- “I was at St. Patrick’s Catholic Church doing my confirmation practice with my mom, so I felt pretty safe. Once we heard the sirens, we all went to the basement.”

Ralph Heady, resident - “I was at the house with Betty. It went right over us and missed my workshop, thankfully.”

Pat Wilkerson, resident - “I was at my brother's, and we went across the street to the neighbor's basement. It was a crumbly basement, too. We ended up being safe though.”

Neal Wilkerson, resident – “I was working at the Parsons State Hospital training clinic, and another fella and I were on watch duty from the northwest laundry room. It was the best, clear view of the sky to the south. Once we saw the sky fall pitch black, we called into the switch board and the sirens went off shortly after. Also, moving all kids to safety in the cottages was a big task at hand but it was necessary moving them all to the basement prior."

Jasmine Edie, activities director- “I was at my grandma’s house and we all went two houses down to my uncle’s basement. The way down, my sister kept saying ‘a tomato is coming a tomato is coming!' We still give her a hard time to this day about it."