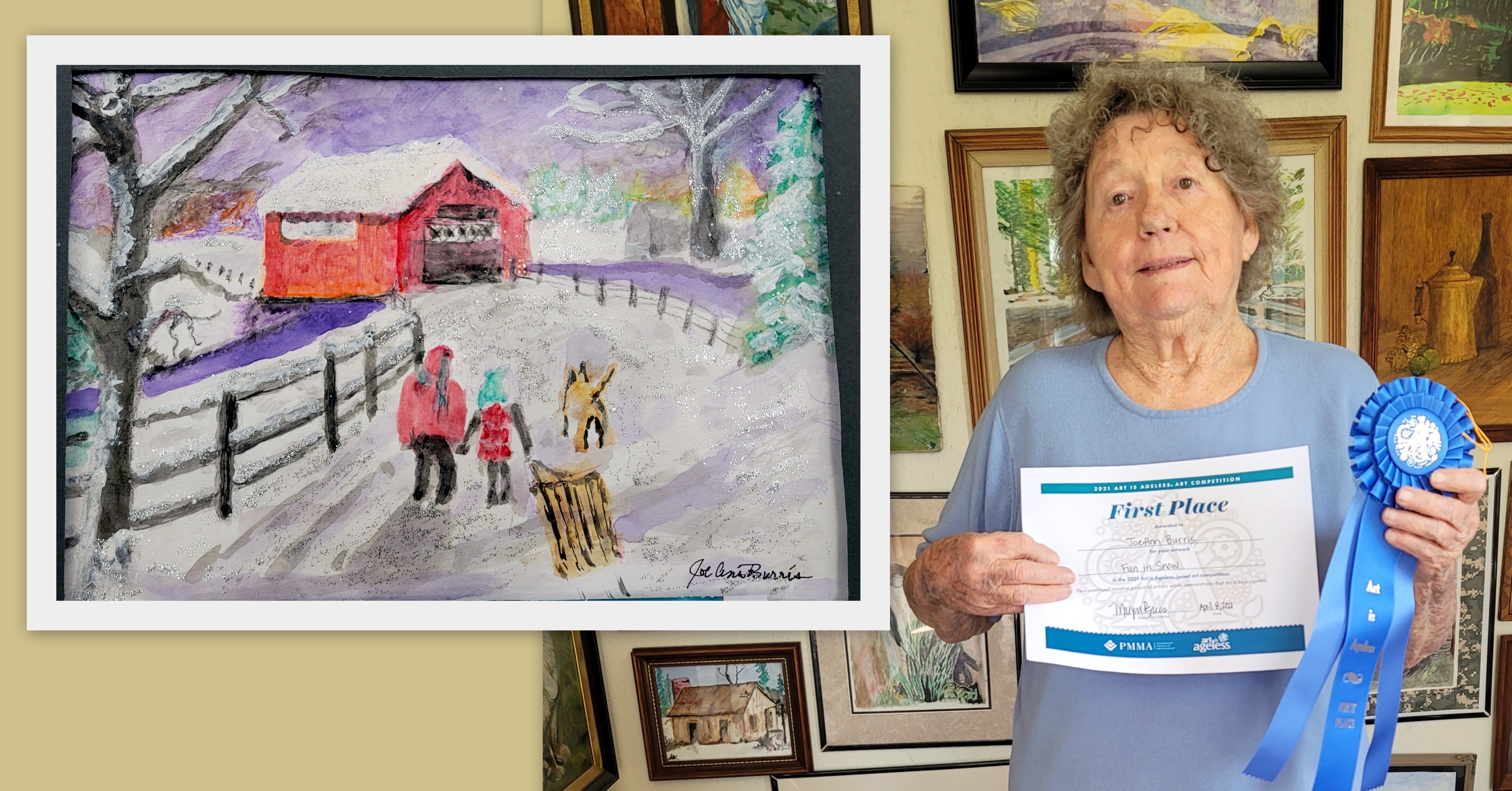 JoeAnn Burris was storing her art work in her hallway, until the passage became so narrow that she couldn’t easily walk from room to room.

That’s when she hired her son to build her “art house.” Now she has a small building dedicated to her art supplies and many works of art, all of which begin with an image JoeAnn finds inspiring.

“Fun in the Snow” is the result of one of JoeAnn’s inspirations. The watercolor was a winner in the Christmas category in the 2021 Art Is Ageless® competition at Parsons Presbyterian Manor.

The painting depicts two figures bundled up against the cold. One pulls a sled, a dog at their side. The landscape is all whites and grays with a hint of evergreen, and the darkening sky is flooded with purple, which is reflected in the stream below.

JoeAnn introduced a bit of mixed media to the painting by adding silver glitter highlights to the snow. It brings to mind the popular holiday tune, “Walkin’ in a Winter Wonderland.”

JoeAnn began drawing in the fourth grade. She was the only student in her class, and drawing took her mind off her loneliness.

However, her family was poor and couldn’t afford to buy her paints. She first experimented with painting as an adult, while she was in nurse’s training.

“Over the years, I didn’t have time to do anything until about 1980,” JoeAnn said. That’s when she stopped working and went back to Labette County Community College to complete her associate’s degree. JoeAnn painted for a couple of years, then put down her brushes again.

In 2013, JoeAnn saw an ad in the paper for painting classes with Joan Allen. She joined Joan’s weekly painting group, and after a while JoeAnn needed an outbuilding in order to contain her work.

The class introduced her to a new medium.

“Before that, I hadn’t painted with watercolors because I was afraid of them,” JoeAnn said. “I think all my oils have dried up.”

Posted on
by
filled under
Art is Ageless
« Back to Blog