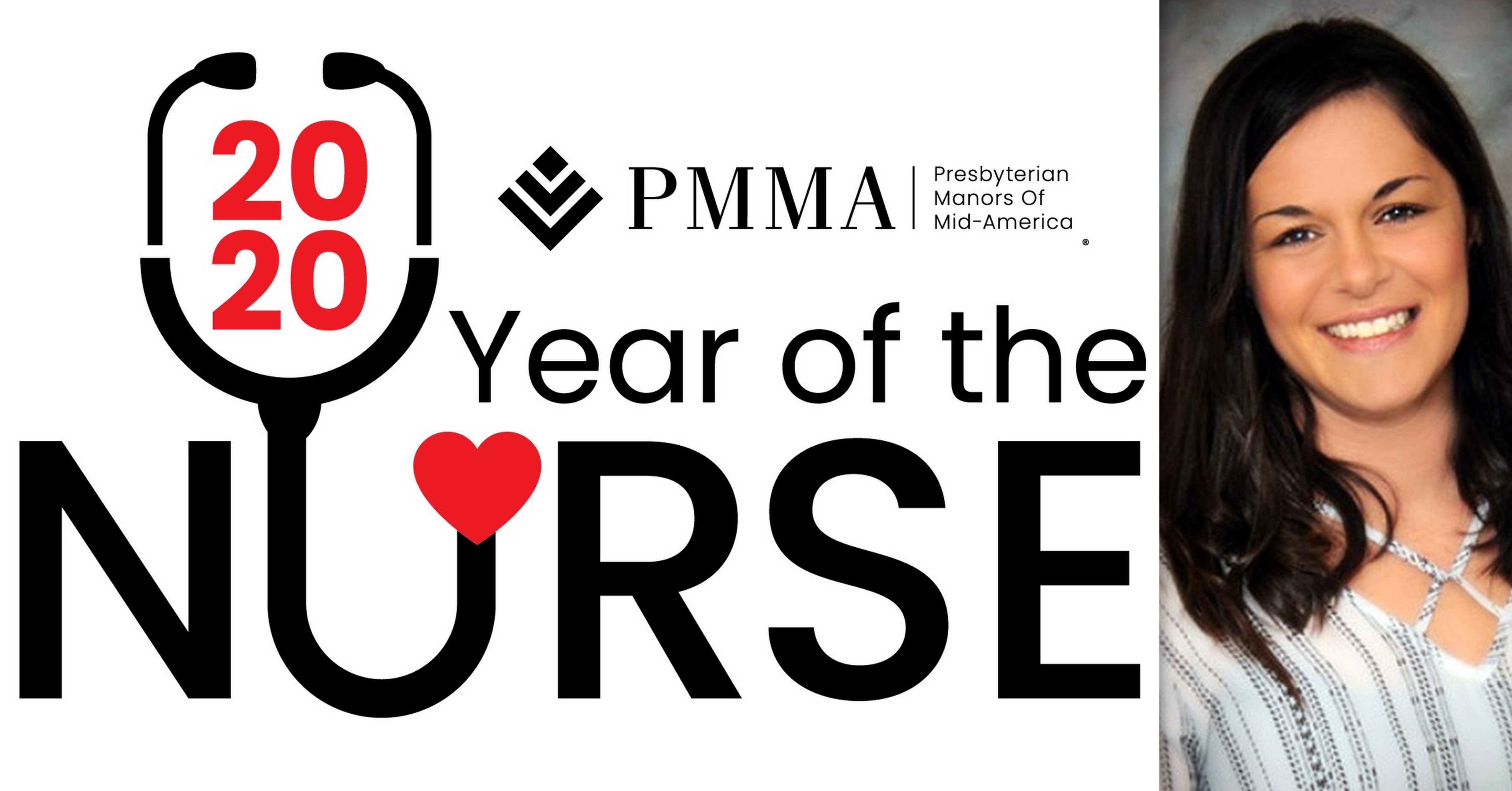 When Kayla Schmidt entered the nursing field, she wanted to gain as much experience as possible. She brings the wealth of knowledge she has learned during her career to her role as director of nursing at Parsons Presbyterian Manor.

Kayla began working at Presbyterian Manor in 2016 as an on-call nurse. At the time, she was working full time at Labette Hospital. She worked in several areas, including the emergency room and the surgery floor.

She realized she had an affinity for working with patients who were recovering from surgery.

“The best part of taking care of them was getting them back on their feet,” Kayla said.

She brings that passion to serving residents in the health care neighborhood as well as those recovering from surgery in the PATH® (Post-Acute to Home) program.

“My favorite thing has always been getting to send them on with all the tools they need to be successful,” Kayla said. She gains satisfaction from hearing that former PATH residents feel they were set up for success.

When Presbyterian Manor was looking for a new director of nursing, Kayla applied. She assumed the role two years ago this month.

Kayla worked as a certified nursing assistant for several years, both in long-term care and hospital setting, before she decided to further her education.

“My mom was a nurse, and I grew up with her working in long-term care,” Kayla said. She has always hoped to serve in an administrative role, like her mother did.

Kayla studied at Labette County Community College, then went on to Pittsburg State for her Bachelor of Skilled Nursing.

Kayla is originally from Erie, Kan., but she has lived in the Parsons area for the past several years. Home is a small country community, where she shares a house with her husband Mike, a mechanic, and her daughter Logan, age 3. They all enjoy riding their four-by-four, which they sometimes bring on trips to Arkansas. Mostly, the young family stays close to home.

“We really just like to spend time with our family and our neighbors,” she said.

And Logan won’t be 3 forever.

“Every other month, we keep saying, ‘This is our favorite stage,’” Kayla said. “It just keeps getting better and better.”

Posted on
by
filled under
Employees
Quality
« Back to Blog