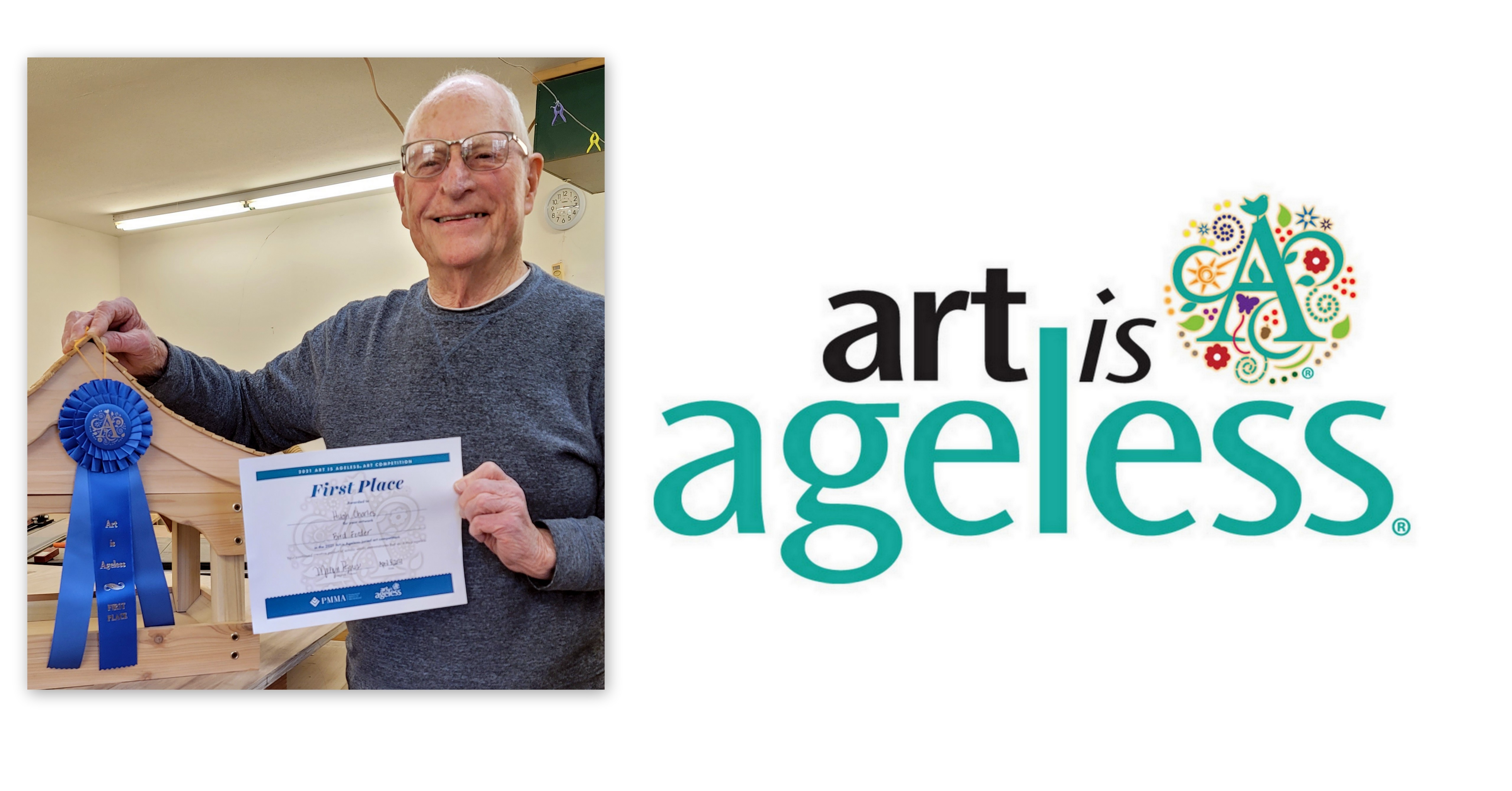 Hugh Charles inherited a table saw from his father, but it didn’t see much action.

Hugh worked long hours as a pharmacist, a career he loved and continued in until the age of 76, when he retired from his job at the hospital.

For years, that table saw collected dust in his garage. It was too cold to work in the winter and a hassle to get to, besides — Hugh would have to back the car out to use it. But he was drawn to the machine and its promise. So, after he retired, Hugh built himself a wood shop on his property and outfitted it with the tools he needed for the next chapter in his life.

Hugh’s efforts have been rewarded with recognition in Parsons Presbyterian Manor’s annual Age Is Ageless® exhibition and competition. He won a first-place ribbon in the amateur sculpture category this year for his birch “Birdfeeder.”

“I don’t know that woodworking keeps me young — nothing will do that — but it certainly keeps me involved,” said Hugh, who is now 86. He’s inspired in part by his wife Ann, a former editor and publisher of their local newspaper, who stays active in their community. Plus, he says making things in his shop is much more fun than yard work.

Several decades ago Hugh got started making furniture using kits that came with precut lumber, but after building his shop he began making furniture from plans – often with inspiration from the pages of the magazine Fine Woodworking.

He earned his first Art Is Ageless win for a walnut table. It went on to be featured in one of the annual Art Is Ageless calendars — Hugh jokes he was “Mr. October.”

“I still have that table and I love it,” he said. It was one of the first times when Hugh’s ambition and his skill aligned closely enough to satisfy him.

His winning entry in the 2021 Art Is Ageless competition was inspired by a friend who couldn’t find a similar replacement for his birdhouse. Originally purchased from the National Geographic catalog, it had seen better days.

He gave Hugh the worn-out feeder and asked him to construct a shiny new one. Hugh started by taking apart the old structure to learn how the original designer joined together the deceptively simple house with its distinctive bowed roof.

“If you look at it closely, each of the shingles is tapered,” Hugh said. Working on something this small “was a challenge for me as a woodworker.”

He has made three versions of the feeder so far, each one carefully assembled in the wood shop on his property.

Learn more about the Art Is Ageless program by visiting ArtIsAgeless.org.