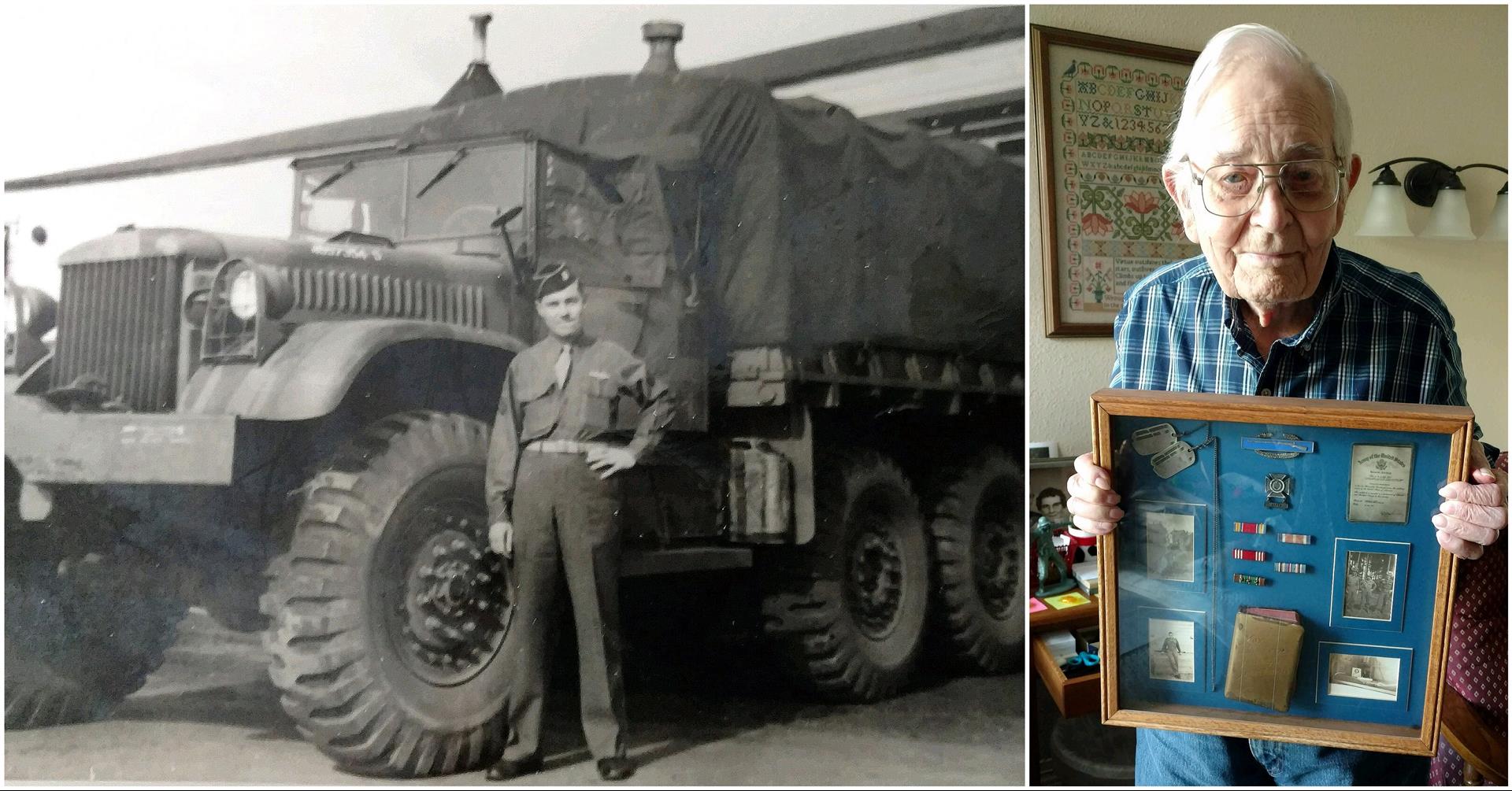 Resident remembers the Battle of the Bulge

At the age of 19, Raymond Newby left his parents’ home on farmland near Parsons to join World War II’s Western Front.

His six-month tour overseas included the Battle of the Bulge, which Winston Churchill called “the greatest American battle of the war.”

The lengthy engagement took place over the course of 40 days during the winter of 1944-45. Raymond said the temperature was 10 to 15 degrees below zero during the day and even colder at night.

Raymond was part of an Army 87th Infantry Division ammunition and pioneer platoon that distributed munitions to the troops on the front lines. They drove a 2.5-ton truck loaded with 5 tons of ammunition, he recalled.

They also had the task of carrying the dead back to headquarters.

“I survived, but many of the boys did not,” Raymond said. “War is like hell on earth. I don’t have the words to explain it.” More than 20,000 American soldiers perished in the Battle of the Bulge alone.

After his time on the Western Front, Raymond served the rest of his time on active duty at Fort Bragg, N.C. He went on to have a small dairy business with his wife. Now 97 years old, Raymond has lived at Parsons Presbyterian Manor for five years.

Both Raymond’s experience in World War II and his later travels with his family influenced how he feels about his own country.

“One thing I would have to say is that America is wonderful,” Raymond said. “It’s much better than any other country I’ve ever been in.”

PHOTOS: At the top, left, a young Raymond Newby stands next to one of the trucks used by his ammunition and pioneer platoon. At the top, right, Raymond Newby holds a shadow box of his military mementos. In the bottom photo, Raymond holds a map showing the route of the “Golden Acorn” division of the 87th Infantry.

Posted on
by
Cindy PMMA
filled under
Residents
« Back to Blog