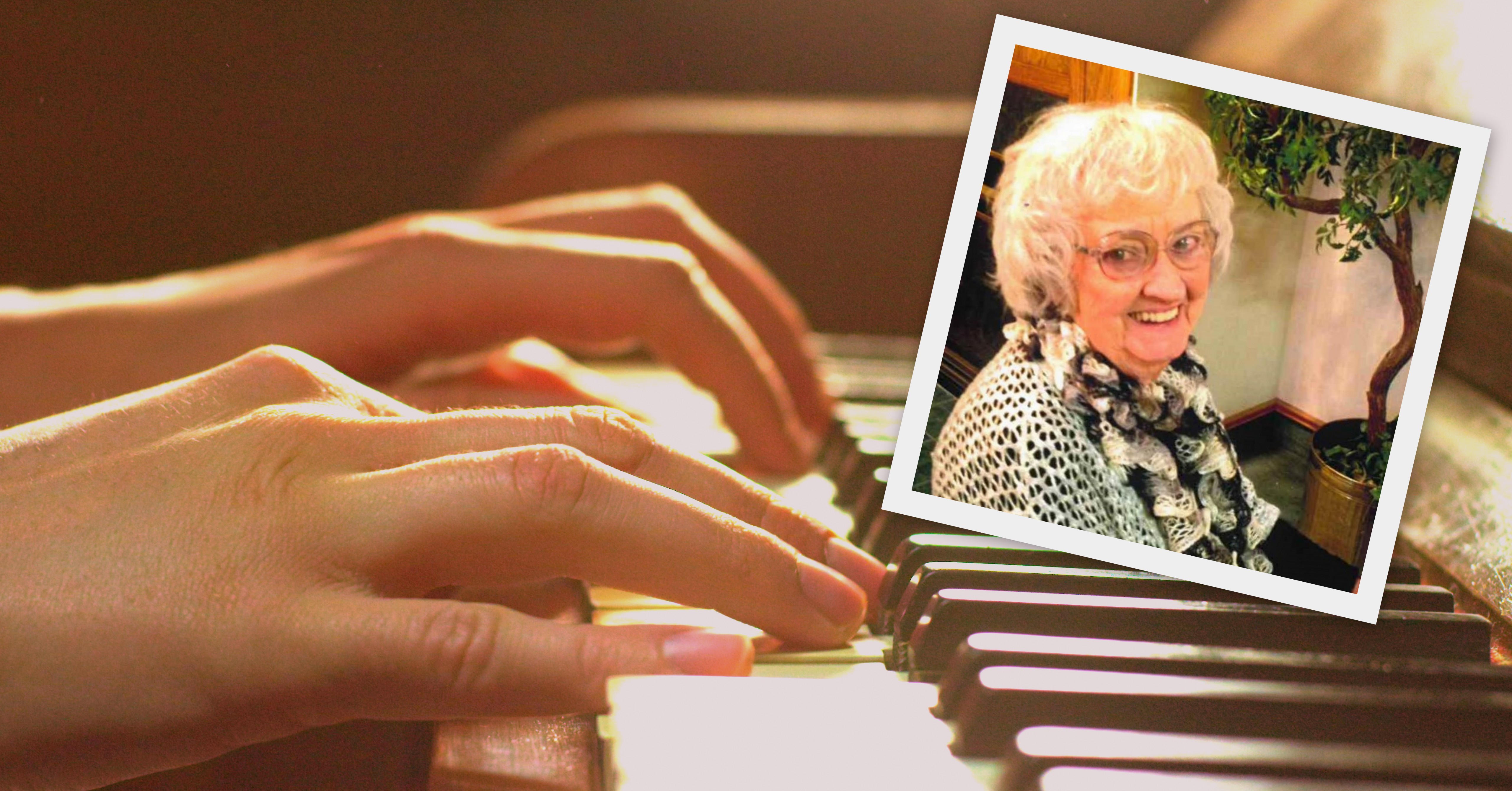 ‘Sing-a-long’ volunteer has brightened our community with song

Betty Hanson’s life took a turn when she visited a friend who had recently moved into an assisted living community.

“She had a beautiful grand piano, and she loved to play it,” Betty said. “And I said, ‘They have a grand piano here! Let’s go right now.’ And lo and behold, she sat right on the piano bench with me, and we started to go through some of our favorite old songs.”

Betty thought music might cheer up her homesick friend, and it worked.

“She began to smile again and she would sing a little with me, and we just had a ball,” she said.

Other residents came in to listen after they finished their dinner, and Betty received an invitation to return.

“Then it just kind of grew,” she said. Someone would mention an aunt or an old neighbor who would appreciate a sing-a-long, and Betty would put another community on her calendar.

Betty has been doing her “sing-a-long ministry” for 15 years now. For the past several years, she has reserved the second Thursday of every month for Parsons Presbyterian Manor.

Residents can request a wide range of songs, from “She’ll be Comin’ Round the Mountain” to classic hymns to Betty’s favorite: big-band-era tunes.

“That’s what I play at home a lot because it makes me feel good,” said Betty, who taught herself to play by ear when she was a child.

She works with a repertoire of about 150 songs, but her set list is entirely up to her audience.

“If they want to do Christmas songs in the middle of June, that’s fine with me,” she said.

Of course, Betty has not been able to visit since the beginning of the pandemic, and she is anxious to return. She celebrated her 92nd birthday at the end of March, and she knows she won’t be able to serve as the “sing-along lady” forever.

One thing that has given her comfort is an innovation she completed in February 2020. Prior to that, Betty had one set of songbooks, and she took them with her from community to community.

She realized that germs could catch a ride on the books, so she set herself the task of making sets of songbooks for each community.

Betty hopes that residents have been able to use the songbooks, even in her absence.