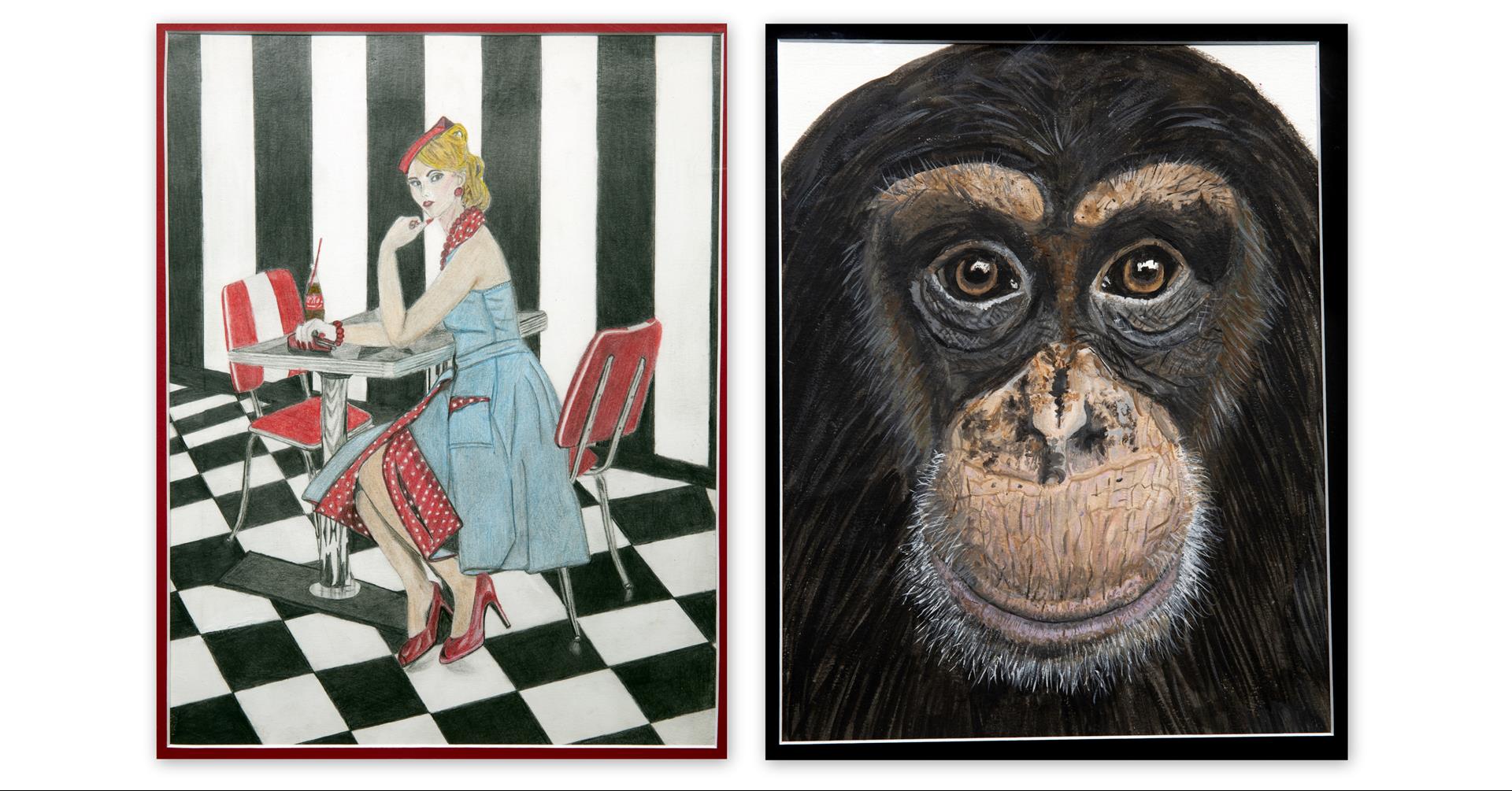 The art of winning

Congratulations to Jane Parish! She is the People’s Choice winner for her pencil drawing titled “Love Waits” in the annual Art is Ageless® competition at Parsons Presbyterian Manor.

Jane, a first-time competitor, also won first place in the watercolor and drawing divisions and third place in the Christmas-inspired art division.

The 65-year-old is a relative newcomer to the local art scene, taking her first acrylic painting class two years ago. She quickly became obsessed with reproducing Christmas scenes found on Pinterest, an online inspirational pin board. Eventually Jane moved on to colored pencils and then took a watercolor class offered through the college.

For her drawing named People’s Choice winner, Jane was inspired by an advertisement for a dress. The 50’s-inspired ad featured a woman wearing a vintage dress sitting in a retro diner.

“I love anything from that era,” she said. “It just kind of appeals to me. I think the dress was $140. I thought, ‘I don’t want that dress, but I do want to draw that picture.’”

When Jane heard she had won People’s Choice, she said it was a “total shock. It’s the first contest I’ve ever entered,” she said. “Naturally, you don’t think you’re going to win anything.”

Jane grew up watching her mother create “gorgeous” oil paintings that she gifted to family members. “Maybe it’s in the genes,” Jane said.